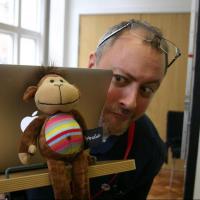 Photo credit: the ever fabulous @biglesp

To be read in the voice of Troy McClure:

Hi! I’m Dave Jones, you may remember me from such projects as picamera: playing big-brother on a budget, or piwheels: stressing out our Pis so you don’t have to! I’ve also had a hand in GPIO-Zero and the Sense HAT Desktop emulator.

These days, I work for the Canonical Foundations Team where I’m responsible for Ubuntu on the Raspberry Pi. What this means is:

This blog will cover a few of the topics I come across in the course of hacking on Ubuntu on the Pi, particularly any stuff I see lots of questions about, or interesting bugs which took me by surprise!